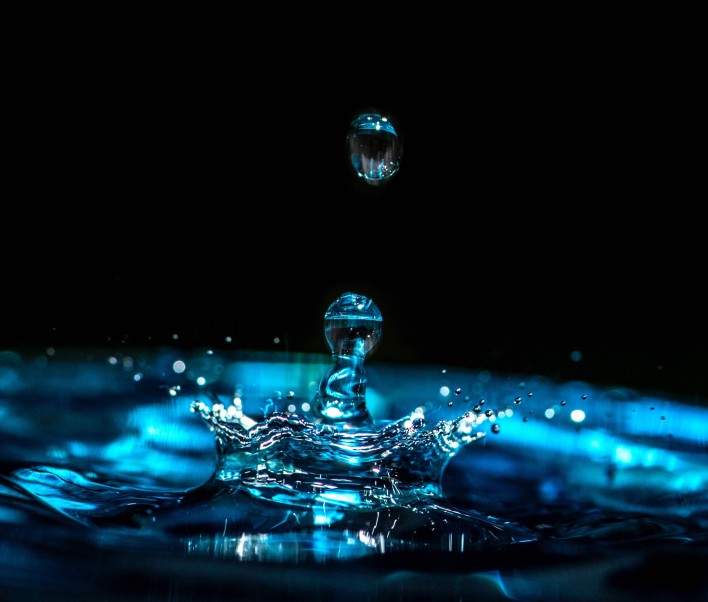 The Water Cycle, also known as the hydrologic cycle is the journey water takes as it circulates from the land to the sky and back again. Earth's water is always in movement and is always changing states, from liquid to vapor to ice and back again. The water cycle has been working for billions of years and all life on Earth depends on it continuing to work.

There are six important processes that make up the water cycle.

HOW WE GET POTABLE WATER

`Water is abstracted from the dam and brought into the water treatment works through massive pipes underground. Once here it goes through a series of cleaning processes.

The first of these processes is called flocculation. Raw/dirty water is treated with a poly-electrolyte/chemical.

Once the water has been mixed rapidly with the chemical, it flows into a channeled area, almost like a maze, which slows the flow of water down, and allows the chemical to do its work.

In the second process, the water passes into large tanks where the movement of the water is slowed down even more.

During this process, the dirt that has collected together and formed a floc becomes heavy causing it to sink.

All of the heavy dirt particles sink to the bottom of the tanks and form what is called sediment – this is a thick layer of mud, and the water above that layer of mud is what is used in the next process.

At this stage, the water is a lot cleaner than when it first entered the plant but still has to complete some other treatment processes.

The cleaner water is ready to go through its next treatment process. Although the water has been treated and most of the dirt has been removed, there are still very fine particles of dirt which escaped the flocculation process.

Water is drained from the sedimentation tanks into the filtration area.

There are three layers of sand/gravel at the bottom of the filtration tanks. A layer of sand, a layer of pebbles and a bottom layer of bigger pebbles line the tanks. There are also rows and rows of nozzles with fine slits in them, through which the water passes into the next phase.

Once the water has passed through the filtration process, it is clean, but is still not safe to drink yet.

Even though the filtration process has eliminated most of the dirt, there are still very small, micro-organisms/germs, which pass through these filters and are still present in the water.

To get rid of the germs, another chemical is added to the water.

Chlorine gas is added to the water to kill all of the germs so that it is safe for use.

Once this has been done, the water is pumped into a reservoir, from which it is pumped to the municipalities who supply the water to the respective homes.